Places NOT to Put Smoke Alarms 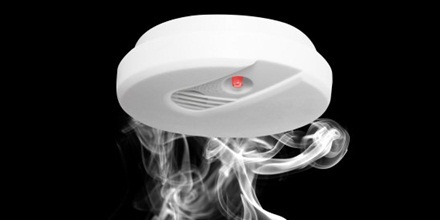 Bathrooms
The moisture can damage the alarm over time and then it will fail.

Garages
The actual temperatures in a garage may be above or below the temperature range that the alarm has been designed for. The smoke from cars exhaust fumes may also cause nuisance tripping or damage the sensors of the smoke alarm.

Unfinished Attic
Smoke alarms are not designed to work in extreme heat or cold, or in areas where smoke and dust are common, as they could damage the sensors of the alarm.

Within 4” of Wall / Ceiling Corners
Dead air space in corner areas. Smoke may not reach these areas until it is too late.

Within 1 foot of Fluorescent Lights
It may affect the alarm’s operation.

Near Fans & A/C Supply
The airflow may prevent the smoke from reaching the alarms.

Near Windows & Sliding Glass Doors
Drafts from a window may actually blow smoke away from an alarm.

Near Laundry Washing Machines or Dishwashers